In this part, you’ll see where the title came from lol. It’s funny XD

Because it’s the holidays, here’s another chapter [part]. \o/

After traveling for more than half a day, they only encountered a few shortsighted magical beasts that fearlessly blocked their paths.

Huan Cheng silently killed them in one strike. He cut them open and took out their nuclear crystals, which he then stuffed into the cloth bundle on his back. His actions were all smoothly done. It’s the definition of fast. 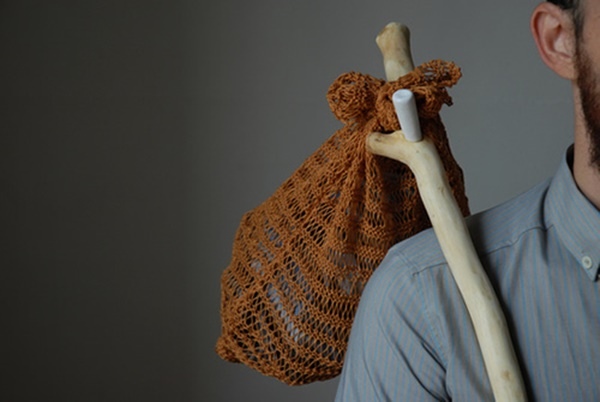 As if he was afraid of someone grabbing them first.

Chu Ye looked at the bundle tied to his back. It was several times bigger than it had been a few days. If everything inside was purely nuclear crystals, then this guy appeared to have killed hundreds of magical beasts along the way.

“We’ll reach the exit in at most one hour.” As Huan Cheng killed another eighth-grade white-eyed wolf, Lanxi Liuhua observed their surroundings.

Little Liuxing and Xiao Zhenzhu were the happiest upon hearing this. They nearly stood up screaming in happiness. Their days in the Nine-Layer Heavenly Pagoda were really a nightmare!

Chu Ye pursed her lips. Her thoughts went back to elemental sprites again.

Aside from the Nine-Layer Heavenly Pagoda, are there elemental sprites elsewhere?

Lanxi Liuhua sensed Chu Ye’s absentmindedness and continued to speak. “I’m a little worried that Murong Chang might be waiting for us at the exit.”

Sure enough, Chu Ye’s head perked up, with a serious expression on her face. “It’s very likely.”

Because of the unceasing dangers she’d gotten into, she had no time to think about anything else and even forgot that there was still a Murong Chang that wanted her dead.

“Murong Chang?” When the bewitching man heard this name, his eyes flashed. “Why would she be waiting for you? Did you offend her, so she now wants to teach you a lesson?”

“Not a lesson but an assassination.” Chu Ye’s eyes became sharp. This Murong Chang’s bullying had been quite excessive, but now she had seriously touched her bottom line.

Although he had heard outside rumors about Murong Chang’s misdeeds, this was the first time he witnessed it himself.

“From your tone, you seem rather… close to her.” Chu Ye narrowed her eyes, which gained an icy sheen.

The man felt his blood ran cold and shook his head rapidly. “Not close, not close at all. I’ve only met her a few times.”

“That’s for the best.” Chu Ye could tell that he was obviously lying again. She made a pause before she said, “If Murong Chang is really waiting for us, don’t step in. Otherwise, don’t blame me for being ruthless.”

“Don’t worry, I won’t intervene.” The bewitching man raised his hands up in a surrendering position. “Can you now be kinder to me?”

She treated him so harshly. Though he already got used to it now…

Actually, after several days accompanying her, he gradually found her fierce character quite charming.

Uh, this was becoming a submissive train of thought.

The bewitching man immediately pushed these thoughts away. Women should be soft and gentle, like a kitten.

Another image popped up in his mind – a cute and helpless-looking Chu Ye snuggling into his chest and weakly beating it with her small white fists while adorably swearing, “You’re so naughty, Brother Xie, you meanie…”

(T/N: Cute and helpless-looking: apparently similar to the expression of a little bird as it depends on its owner to take care of it, hence the title)

“Ssss!” Although the image only flashed through his mind for a few seconds, the bewitching man couldn’t stop the shiver that violently ran through his body, nor the goosebumps on his arms.

Nope, nope, nope. How was this type of woman still Chu Ye?

That simply wasn’t her style at all.

Yes, this was fine!

He nodded to himself, still deep in his thoughts.

He didn’t notice that everyone was completely focused on him as he smiled, then frowned, then shivered as if something gave him the chills.

He turned into a dumbass who amused himself, found joy by himself, became intoxicated by himself.

“Did he turn stupid?” Everyone’s hearts held this same question.

Eventually, the man discovered that something was wrong. He turned his head and realized that everyone was unblinkingly staring at him, causing him to feel embarrassed and make a 囧 expression. His usually thick-skinned face turned bright red all the way up to his ears.

“Bewitching Brother, what impossible fantasy were you imagining?” Xiao Dong enthusiastically leaned closer to him. Ever since he ran into Chu Ye, he often saw him like this, so he could guess right away.

The bewitching man pursed his lips, his head full of black lines.

“Children can’t intervene in adult matters.” He swatted him away with no trace of politeness.

This damn youngster who ordinarily seemed so pure and harmless was actually just pretending. His small thoughts were actually seen through by him.

But Xiao Dong’s words were right. The image he mentally conjured was simply impossible.

Who was Chu Ye?

That woman was a fierce tigress!

Thinking of this, a new image suddenly appeared in his mind — a cute and helpless-looking him cuddling into Chu Ye’s arms and coyly pounding her shoulders with his big fists while softly swearing, “You’re so naughty, Woman. Really a meanie. I don’t like you, I really don’t like you…

“Hurl!” This time, the Young Master Xie couldn’t bear the image that his own brain had generated and directly vomited.

Crazy, crazy, crazy. How could he have such weird thoughts?

He wildly clutched his head.

The others were once again dumbfounded.

“He is really stupid.” Everyone finally came to this conclusion.

“Ignore him. This person has always been unconventional and likes to act weirdly.” Chu Ye wiped the cold sweat on her forehead. Damn bewitcher, what the hell is he doing?

She also quickly added, “From now on, everybody should use their spiritual energy to guard against any movement in our vicinity.”

“Yes!” Everyone found this reasonable, with Xiao Dong answering the loudest. Although he didn’t know who Murong Chang was, Sister’s enemies were also his enemies.

Chu Ye walked toward the front of the group to take the lead. This time, she wouldn’t hide from Murong Chang.

Even if she was surrounded by tenth-grade powerhouses, so what?

Didn’t she have a divine beast by her side? Although it was merely an empty shell of a divine beast, it would be enough to deter a tenth-grade wizard.

A tenth-grade wizard was several grades lower than a divine magical beast.

Furthermore, she still had Huan Cheng, a ninth-grade warrior.

She still remembered how even Lady Zanhua didn’t rashly dare to fight with Huan Cheng in the market.

Looking at Chu Ye confidently striding forward with her sleeves lightly fluttering from the wind, Lanxi Liuhua felt like his horizons have widened. The love he held in his heart violently surged like waves. It was so overflowing that he couldn’t control it.

He shot a glance at the bewitching man who was still pulling at his hair and felt his face grow cold. If he also liked Chu Ye, then he was going to be a formidable rival!

View all posts by splash